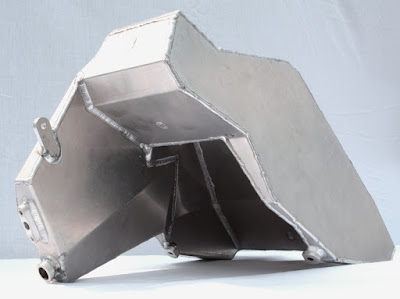 Somewhere around two years ago we received some lasercut parts which we bent up and prepared for welding. They got sent off and after doing the rounds a bit we finally managed to get them welded by Josh @ JAF Fabrications. Two years later and what turns up is a super lightweight, fully welded aluminium fuel tank, and here's some pictures! 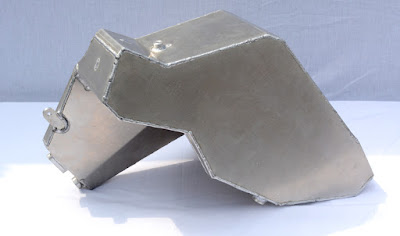 I did say lightweight. I weighed this at just under 2.5kg. The original steel tank on the SV is up around 4.9kg. 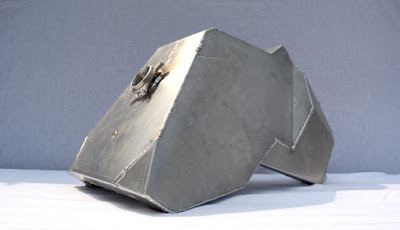 It's not quite as large as the OEM tank, taking around 12 litres, mainly due to the limited space on the bike we had to work within. 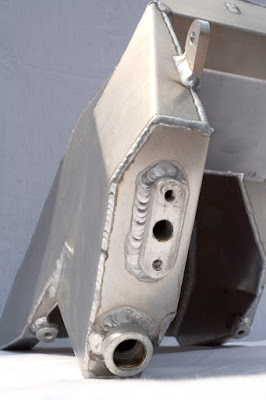 Having now fitted it to the bike, the minor adjustments over the original we made have made fitment so much easier. 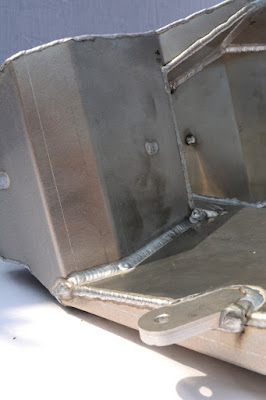 We have a new quarterly newsletter in circulation to keep you up date with all the new developments and unseen photos.

Drop us an email at info@moto-rdesign.com to be added.

Moto-R Design was established in 2008 by Arron Rogers, a British designer with a passion for motorcycles, graduating from Coventry University with a degree in Vehicle Design.

Moto-R Design are specialists in the field of motorcycle design, determined to push the boundaries of design within the motorcycle industry.